When is Neck Pain More than Just Stress?

After being told her neck pain was due to stress, 34-year-old Erika discovered she had a malignant tumor in her brainstem and made an incredible recovery following neurosurgery. 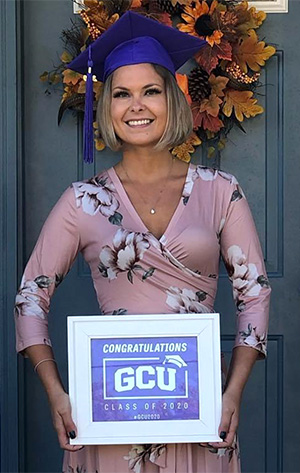 Healthy, active and in her 30s, Erika K. had no real cause for concern when she began experiencing neck pain. She chalked it up to being a stomach sleeper and tried to put it out of her head with plenty on her plate between working full time and studying to earn her master’s degree. When it didn’t subside, she headed to a chiropractor who started treating her for what they believed was stress-induced neck pain. But after four weeks of treatment and intensifying pain, Erika knew something was really wrong.

“It came to the point where it felt like I had charley horses constantly going down the back of my neck,” says Erika. “It was incredibly painful, and it got so bad, I went to the emergency room. Like the chiropractor, the ER doctors told me it was just really bad stress. They sent me home with a few Valium and instructions to follow up with an orthopedic doctor.”

Before she could even get in to see the orthopedist, Erika, searching for a better answer, took herself to urgent care for an X-ray. The X-ray was clear, though Erika was feeling every inch of pain. Continuing to advocate for herself, she went to the orthopedic doctor and followed their orders to see a physical therapist. After two physical therapy sessions, the therapist also sensed there was something else at play and called the orthopedist to order an MRI scan.

“I clearly remember being in the doctor’s office after getting the MRI. The way they were treating me, I knew without a doubt something wasn’t right. Still, never in a million years did I think they would call me and tell me I had a brain tumor.” 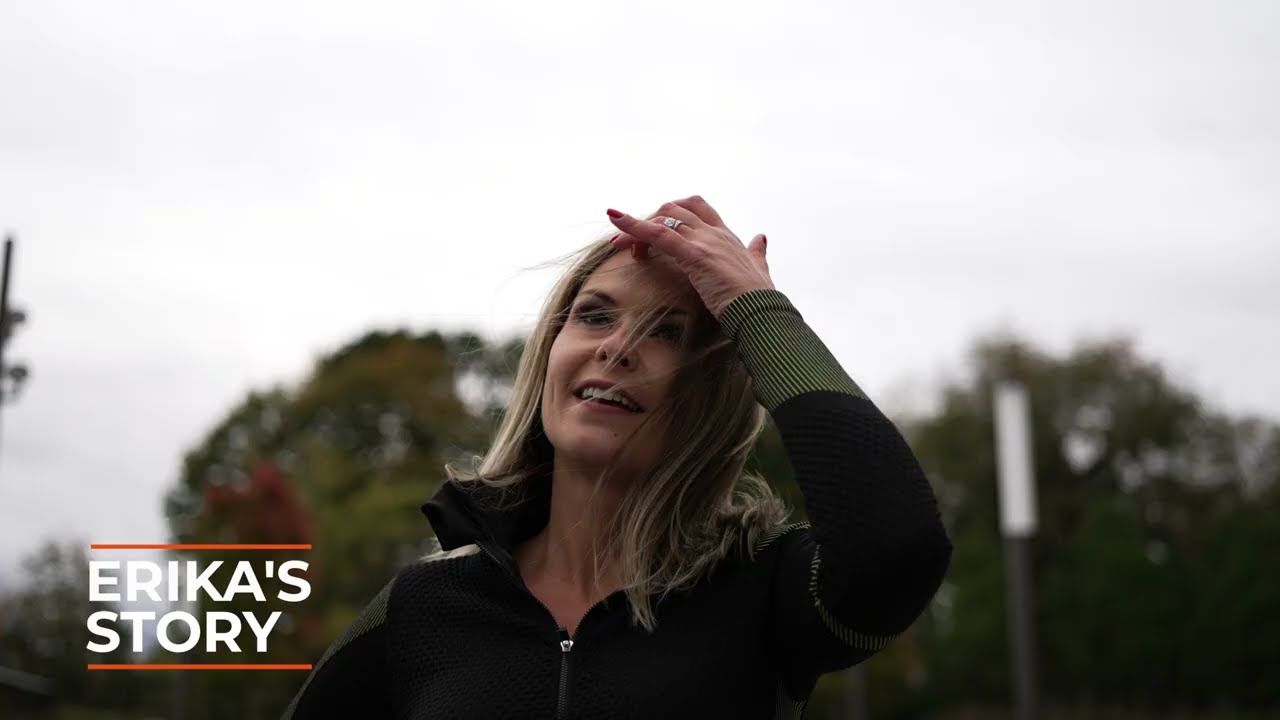 When Erika went back for a second MRI, one of the orthopedic doctors assured her she would be okay, noting her tumor was like a non-cancerous mole. Little did either of them know, the tumor was malignant and it had entered the brainstem, making it highly difficult to treat.

At this point, Erika’s parents began intensive research to find a neurosurgeon who specializes in removing deep-seated brain tumors to evaluate their daughter. In the meantime, COVID-19 began taking hold, and Erika’s condition was worsening. She couldn’t get out of bed because the pain was so bad, and she could barely swallow.

Their research led them to Yaron A. Moshel, MD, PhD,  a member of the team at Atlantic Neurosurgical Specialists and co-director of the Gerald J. Glasser Brain Tumor Center at Atlantic Health System. Dr. Moshel specializes in removing complex brain tumors as safely as possible with the help of computer-guided navigation, awake brain mapping during surgery, endoscopic techniques and microsurgery to get to hard to reach places. Erika traveled from South Jersey up to Summit to see Dr. Moshel.

“After the misdiagnoses and poor quality of care I had received from other physicians before coming to the Gerald J. Glasser Brain Tumor Center, I immediately felt comfortable with Dr. Moshel,” explains Erika. “It was very clear this was his area of expertise. He was direct about the severity and urgency of the situation, but he was also reassuring and quickly earned my trust.”

“Heading into surgery, we knew this would be a complex procedure,” explains Dr. Moshel. “Erika’s tumor had encased one of the main arteries feeding the brain stem, called the vertebral artery, entered the brainstem and extended down into her upper spinal cord. Having the right team and technologies in place was critical.”

With a team monitoring the function of Erika’s spinal cord, larynx, vocal cords, soft palate, tongue, facial nerve and hearing to evaluate the viability of the brain stem during surgery, Dr. Moshel performed a craniotomy and successfully removed all of the tumor, even the parts going into the brainstem and around the vertebral artery.

The tumor turned out to be an ependymoma, a malignant tumor, which could have led to paralysis and been fatal. With the complete surgical removal of the tumor, however, Erika was able to avoid chemotherapy and radiation.

Coming out of surgery, Erika woke with stiffness in her neck, but little to no pain. She was walking in a matter of hours and discharged in just two days as the state was going on lockdown. Three and a half months after surgery, she returned to work … and three months after that, she graduated with her master’s degree in business from Grand Canyon University. She is committed to physical therapy and massage therapy, goes running every day and says she is the healthiest she’s ever been.

“I can’t express my gratitude enough. I’m so fortunate to have had Dr. Moshel as my surgeon,” says Erika. “After my first visit with him, a nurse gave me a pamphlet with a photo of him on the front of it. On my first day back to work, I taped it to the side of my desk so every now and then I can look at it and remind myself that I am alive because of him.”