It’s not easy growing up with a cleft lip or cleft palate. The side effects of this birth defect – deformed facial structure and speech problems – can make it difficult to make friends or even just be a kid.

When Christian I. was born at Chilton Medical Center with a bilateral cleft lip and palate, his mother, Beth, understood the challenges, but wanted him to have the best chance possible at a normal childhood.

“It was overwhelming at first,” she says. “I visited over a dozen different doctors to make sure we had the best ones for him.”

Beth decided  the Craniofacial Center at Goryeb Children’s Hospital in Morristown, NJ was the most impressive choice, even though she and Christian live in Pennsylvania.

“It was a two-hour commute for us, so it wasn’t the most convenient option,” she says. “But the whole team is amazing. They helped me every step of the way.”

Addressing The Challenges of Cleft

A cleft occurs when the tissue that forms a baby’s lips or palate (the roof of the mouth) does not fully close together before birth. In severe cases like Christian’s, the lip is divided into three sections. Clefts can also cause an open area inside the mouth, allowing foods and fluids to pass into the nose. As a result, infants need special feeding devices and many surgeries, beginning in the first weeks of life.

“Children with cleft lip or palate need a lot of health care services while their body is growing and also after their face is fully mature,” says Sue Wood, RN, nurse coordinator for the Craniofacial Center, which is an American Cleft Palate-Craniofacial Association (ACPA) approved program. “We see some patients into their 20s.” 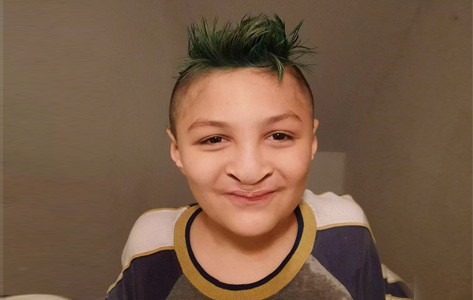 According to Gerard A. Begley, DMD, chief of oral and maxillofacial surgery at Goryeb Children’s Hospital, the objective of treatment is to restore form and function to the facial structures, leading to a pleasing, harmonious appearance. Successfully accomplishing this and meeting all of a patient’s needs often takes a full team of specialists, including speech therapists, nutritionists, audiologists and behavioral therapists.

To help parents and patients navigate through all the treatment choices, Goryeb Children’s Hospital invites them to meet with the entire group of craniofacial experts all in one room at the same time.

“Parents are incredibly grateful to have this opportunity,” Wood says. “With other centers, meeting all the members of the team can take hours of one-on-one appointments.” 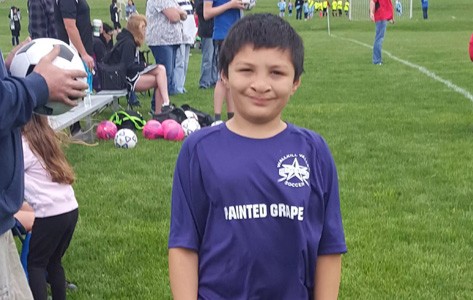 From Surgeries to the Soccer Field

Christian’s cleft palate initially made it hard for him to speak and connect with others. After six surgeries, however, his speech has vastly improved and now at age 10, he has a strong group of friends and is a member of a soccer team. He still has five more surgeries ahead of him, but for now, he’s enjoying school, sports and trips with his family like any average kid would.

“It’s such a great team there at the Craniofacial Center at Goryeb,” Beth says. “It’s gratifying now just to see Christian heal and make new friends.”