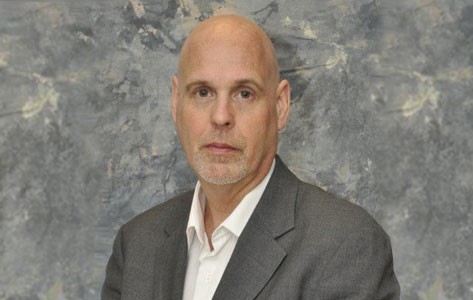 April 20 will mark the 20th anniversary of the school shooting at Columbine High School in Colorado, in which two high school students murdered 12 of their classmates and one teacher. The event sparked worldwide attention to gun violence, school violence and the impact of mental illness and bullying.

Stuart Green, DMH, LCSW, MA, Associate Director, of the Overlook Family Medicine Residency Program at Overlook Medical Center, is also founder and director of the NJ Coalition for Bullying Awareness and Prevention, a networking organization formed in 2000 in response to the bullying-related tragedy at Columbine.

Since its founding, the Coalition has brought together leaders of nonprofit organizations and governmental agencies concerned about childhood bullying to further bullying-related projects. Dr. Green was also appointed by Governor Corzine to the NJ Commission on Bullying in Schools in 2007, and Chaired the Commission, co-authoring its report, “There Isn’t a Moment to Lose,” in December 2009. The report became the basis for the NJ Anti-Bullying Bill of Rights, widely described as one of the strongest anti-bullying laws in the United States.

As the nation nears the two-decade mark of this tragic event, Dr. Green shares his insights on the impact Columbine had on the issue of bullying, and the progress that has both been made and has yet to be made:

Q: It has been 20 years since the tragedy in Columbine. The shooters in that event were said to have been bullied and isolated. How has that event shaped our national attention to bullying?

Stuart Green: This exceedingly common problem, which has always existed, only seems to become a focus when tragedies occur. In the United States, educators and researchers primarily focused on this problem after 4/20/99 (Columbine). While it’s not clear that bullying is a sole or sufficient motivation for school shooters, there’s certainly a strong association.

Studies by federal law enforcement indicate that bullying is a factor in the majority of such shootings. In New Jersey, Senator Barbara Buono and other legislators enacted an initial anti-bullying law in 2002, at a time when only a few other states had such a law. But it was only after the tragic bullying-related death by suicide of Rutgers student Tyler Clementi in 2010 that the much stronger, current anti-bullying law, the Anti-Bullying Bill of Rights, received overwhelming bi-partisan support and was enacted. It remains one of the strongest laws of its kind in the nation.

The field of bullying prevention itself is tragedy-driven, its origin dating only to the 1980’s and the work of Dan Olweus, a psychology professor in Norway. His focus on bullying was spurred by the bullying-related deaths by suicide of three pre-teen Norwegian boys. School shootings and suicides are the flashpoint tragedies of the bullying field – but also tragic are the ongoing, less dramatic, yet no less intense suffering of all those who are bullied, something that remains inadequately prevented or addressed. Thankfully, there is growing public support for addressing bullying and, thanks to laws such as NJ’s and the discussion surrounding the issue, parents and communities now rightly expect it to be a focus for educators.

What effect did Columbine have on clinical/scientific research on bullying, and how far has that come in the last two decades?

SG: Since 1999, there’s been an explosion of research on bullying, continuing to the present; prior to Columbine, there was virtually none. We now know a lot, though still not enough, considering the importance and extent of the problem.

We know that bullying in youth mainly occurs in schools and other youth institutional settings. We also know that bullying impacts adults in two key ways. One is that the impact of experiencing bullying in childhood affects our lives as adults, including increasing the odds of developing or continuing to have depression, anxiety and much else. And bullying is also a common form of violence that adults experience, also commonly in institutional settings, including the workplace, correctional institutions and the military.

We know that bullying is very common in childhood, with about a quarter of all students bullied, and much more than that for particular populations. Those most targeted include students of diverse gender identity and expression (LGBTQ+), those with special needs and students with any minority status in a school, including by race, ethnicity, religion, or even students otherwise stigmatized, such as those overweight, or with lower relative socioeconomic status.

But even kids with high social status can be targeted by other high status kids, using bullying as a means to diminish ‘competition.’ Anyone can be bullied. Figures in studies vary because of differences in definition, and in frequency. By consensus definition (academics and clinicians), bullying is different from ordinary conflict because bullying involves a pattern of negative acts (so rarely only one incident), in a relationship in which there’s an imbalance of power, so one student is more vulnerable, and where there’s an intent to harm (all of which, especially the last, differentiates bullying from teasing). In students with special needs (or ‘disabilities’), for example, much higher rates are reported. We now also understand that bullying occurs via electronic means (‘cyberbullying’), through social media, for example.

It’s important to note that most youth who are cyberbullied are also being targeted in offline, school and community relationships, as well. Where we urgently need more research is in interventions. Anti-bullying programs and methods can produce significant reductions in but more efficacy is needed. Quality of implementation and commitment by leaders matters immensely but varies a lot.

What are the common signs that a child is being bullied?

SG: The main sign would be anxiety, fear, unhappiness and avoidance in regard to school (or other settings). There may be physical signs, especially in boys, such as torn clothing, injuries that are not well-explained, missing money, etc. A child may also be increasingly isolated, less social, and more withdrawn or showing other mood changes, such as increased irritability, or other marked changes, such as in appetite or sleep.

What is the best way for parents and teachers/schools to reach out to kids who may be bullied or isolated?

SG: Parents and teachers should be especially aware that students who are bullied will not reliably inform adults about what’s happening. The majority of children bullied do not tell parents or their teachers. Teachers have a special responsibility in this regard. Educators are – or should be – responsible for knowing the social and emotional status and functioning of every student in their care. That is, every child in a school should be well known to at least one adult staff person (teacher, or other staff), not only as a student, in terms of an academic focus, but also personally – identity, preferences, family, stressors, etc. If that were so, and if that staff person understood that such knowledge of a child is a fundamental educational responsibility, then – ideally – at least one educator in the school would be aware of whether a student was being hurt (repeatedly, as is almost always true in bullying). So there would be less reliance on reporting of incidents by the student, or a parent, and more ability to address the underlying conditions which we know give rise to bullying, in particular whether students have peer support (friends, eg), and whether the culture and climate of a school is strong enough in providing active adequate support for all vulnerable student populations.

What are the common challenges, for kids and adults, in addressing bullying in the US?

SG: To me, the most important challenge is having educators understand the critical, fundamental importance of a student’s social emotional learning and functioning, and – as a core aspect of that – safety and support. We now have good research which clearly shows that when educators and schools pay primary and prioritized attention to social factors – the social determinants of education, if you will – and emphasize social and emotional learning (SEL) approaches, learning and academic performance soar. Resources and efforts in our current educational settings do not focus enough on this at this point in time. There is still not enough emphasis on collaborative learning, on peer support, on student (and parent) engagement, on active/pro-active support for vulnerable student populations. And when students are bullied, school responses tend to be overly incident-focused (rather than looking at patterns, and implications for gaps in school culture and climate, and student support), and overly formal and bureaucratic and, therefore, often inadequate in terms of getting the bullying to stop.

What has worked, and what has not, in addressing bullying among our youth?

SG: What works is when leadership prioritizes the addressing of bullying and its underlying factors (see above), whether or not they are instituting a specific anti-bullying program. There doesn’t need to be a formal program in place for people to make a difference.

What has not worked are ‘zero tolerance’ approaches to bullying. Zero tolerance, as clearly shown by an APA Task Force Report and many other studies, results in overly harsh, inappropriate and ineffective measures which are biased (disproportionately applied to students of color, for example), and an important driver of the ‘school-to-prison’ pipeline, as it’s been called.