If you think back to middle and high school biology, you may remember seeing diagrams about mitosis and the changes a cell has to undergo to divide. During that cycle, a second copy of the cell’s DNA is made, and the chromosomes that house this DNA line up in the middle of the cell. As a result, when the cell divides – orchestrated by a protein with an electric charge – the two resulting cells get equal copies of the DNA. This process happens frequently in tumors like glioblastoma.

What if there was a way to prevent this process from occurring so smoothly? What if the process of cell division could be disrupted so the resulting tumor cells could no longer survive?

“This was the concept behind tumor treating fields (TTF) and the Optune® device“, neuro-oncologist Nicholas Metrus, MD, explains. “Optune is a wearable, portable, FDA-approved treatment for glioblastoma that works by creating TTF, electric fields that disrupt the electrical charge in the protein that causes cancer cell division. In the presence of TTF, chromosomes can’t neatly line up in the center of the dividing cell, prohibiting the DNA from being evenly divided. One cell gets too much DNA, while the other gets too little. These tumor cells can’t survive and undergo organized or programmed cell death – or apoptosis.” 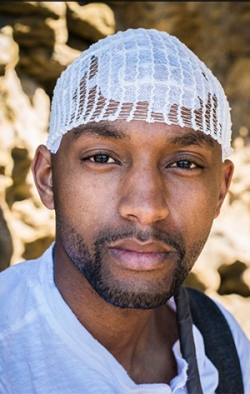 The Optune TTF features adhesive electrode arrays attached to the scalp and connected to a small battery pack. Each patient has a unique plan tailored to their tumor and a dedicated assistant to demonstrate how the device is put on, worn and taken off. Since the arrays need to fit securely on the scalp, the scalp must be cleanly shaven during use. The goal is to wear the device at least 18 hours a day.

“As with any treatment, it can take some adjusting to life with TTF,” Dr. Metrus adds. “But, since it’s an external device, it doesn’t come with some of the potential systemic effects oral and IV treatments may have. The most common adverse effects of TTF are skin-related irritation.”

Because glioblastoma is an aggressive cancer, it’s good to have as many options as possible. TTF provides patients with an additional option and proven benefit. If you would like to learn more about TTF and consider incorporating into your treatment or that of a loved one, contact the Glasser Brain Tumor Center at 908-522-5914.