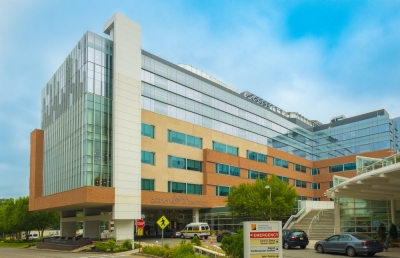 February 20, 2020, Morristown, NJ – As individuals and organizations across the nation gather to raise awareness of heart disease during American Heart Month, Thomas P. and Sally Mac Mahon and Ken and Claudia Silverman have marked the occasion by giving $1.5 and $1 million, respectively, to further expand the largest cardiovascular program in the state — Gagnon Cardiovascular Institute at Morristown Medical Center. The donations, a part of the Growing Forward Campaign for Morristown Medical Center, bring the total raised for Gagnon Cardiovascular Institute to $19.6 million against the $20.5 million goal.

“As a nonprofit hospital, the development and expansion of important programs, equipment and capital projects such as this would not be possible without the generous support of our community. Families like the MacMahons and the Silvermans are incredible examples of those that are helping us in our mission to build healthier communities,” Trish O’Keefe, Ph.D., RN, president, Morristown Medical Center, vice president, Atlantic Health System, said.

“Most importantly, I live in the area,” Mac Mahon said. “I’ve spent my entire career in the health care industry. I’ve watched with great joy the growth of Morristown Medical Center. As you get older, you are always thinking about health care. The reality is we have a wonderful place right here in Morristown, and don’t have to travel to find experts. My wife, Sally, and I are very happy about that,” Mac Mahon said.

Mac Mahon, a new member of the Foundation for Morristown Medical Center Board of Trustees, also gave $500,000 to the renovation of Goryeb Children’s Hospital, as his children and six of eight of his grandchildren were born there.

“We believe in Morristown Medical Center,” Silverman said. “My wife and I feel it’s important to be active in the local hospital.”

About the Foundation for Morristown Medical Center