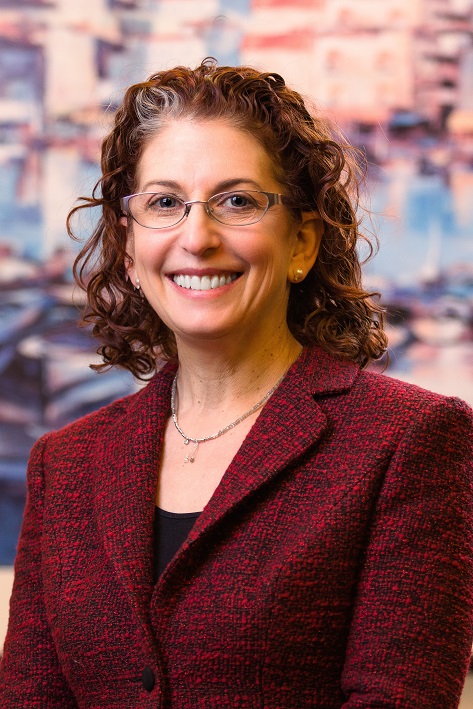 Schwartz has been serving as interim president of Overlook since August, following the retirement of Alan Lieber, who led the hospital since 2003. Working closely with the leadership team, as well as becoming frequently present among front-line team members throughout the hospital, she has quickly built on the forward momentum and successes at Overlook.

“Stephanie has wasted no time integrating herself deeply into the fabric of Overlook’s culture, and she has truly embraced its team,” said Brian Gragnolati, President and CEO of Atlantic Health System. “She is an accomplished health care leader who takes a collaborative approach guided by a passion for high-quality, patient-centered care. We are looking forward to her bringing these qualities to bear as she guides Overlook’s continued rise as a premier destination for care.”

“Overlook Medical Center truly stands out not only within Atlantic Health System, but throughout New Jersey as a paragon of excellence – from its use of cutting edge technology to the innovative approaches taken to medical care, to the outstanding outcomes driven by a team that always makes the needs of the patient top priority,” Schwartz said. “I’m excited and honored to fully join the Overlook family and, as a president, contribute to its continued excellence.”

Schwartz joined Atlantic Health in 2016 as President of Chilton Medical Center. Through her steadfast leadership, Chilton has continued to thrive, including being named #1 mid-size hospital in New Jersey by Castle Connolly for the past six years and a high-performing hospital in multiple specialties by U.S. News & World Report.

Under Schwartz’s leadership, Chilton saw numerous achievements, including the renovation of its ICU, the development of a progressive care nursing unit contiguous to the ICU, a modernization project for the emergency department, a renovated lobby and access center, and the opening of The Children’s Center, an innovative and dedicated center that combines both pediatric emergency services and inpatient hospital care in one, family-friendly facility.

Overlook, a founding member of Atlantic Health System, has arisen as a leader in care and innovation throughout the years. It has become a powerhouse for neuroscience care, performing more brain tumor surgeries than any other hospital in New Jersey, and home to the first state-designated Comprehensive Stroke Center.

Schwartz joins Overlook at a critical time, amidst the hospital’s ongoing plan to transform and optimize units throughout the facility to enhance care. Earlier this year, the hospital marked the completion of the new entrance to the Bouras Emergency Department, as well as a new employee parking garage. The new Hersh Children’s Center at Overlook is set to open in the coming weeks.

“We have been honored to have Stephanie lead Overlook, and are excited to have her at the helm of the hospital as Overlook embarks on this new chapter,” said Clelia Biamonti, executive director of Overlook Foundation, which is funding a significant portion of the transformation plan.

Known for her trademark walking shoes, Schwartz “hit the ground running” since arriving at Overlook, meeting with team members at all levels – from meetings with leadership and managers to frequent in-person visits to patient care units to meet front-line caregivers.

“For nearly four months, Stephanie has been front and center with our team, learning every facet of the care we provide and taking to heart the aspects of Overlook that make it special,” said Jack Audett, MD, chief medical officer at Overlook. “That level of engagement will be a great motivator for everyone at Overlook.”

With Schwartz’s transition to Overlook, Chilton’s Chief Nurse & Operations Officer, Maureen Schneider, PhD, MBA, RN, FACHE, has been named interim president at Chilton. Schneider is an experienced leader who has served as a vital member of the Chilton leadership team since joining Atlantic Health in 2014. She was instrumental in Chilton achieving Magnet Designation for Nursing Excellence from the American Nurses Credentialing Center in 2020.

Atlantic Health System provides care for the full continuum of health care needs through 16 urgent care centers, Atlantic Visiting Nurse and Atlantic Anywhere Virtual Visits. Facilitating the connection between these services on both land and air is the transportation fleet of Atlantic Mobile Health.

Atlantic Health System leads the Healthcare Transformation Consortium, a partnership of six regional hospitals and health systems dedicated to improving access and affordability and is a founding member of the PIER Consortium – Partners in Innovation, Education, and Research – a streamlined clinical trial system that will expand access to groundbreaking research across five health systems in the region.