When a traumatic limb injury threatened the future of 15-year-old Dominic L., the experts at Chilton Medical Center’s Children’s Center not only saved a finger, but also earned a “thumbs up” in the process.

The Oakland high school freshman was working out at the gym when a 45-pound dumbbell crushed and partially severed one of his fingers, leaving him stunned and in excruciating pain as his father rushed him to Atlantic Health System’s Chilton Medical Center.

“I had multiple things racing through my mind,” says Dominic, who remained calm but concerned about the impact of potentially losing a limb. “I thought about whether or not I’d be able to work out, play the drums, or even take my mid-terms at school. I worried about my future.”

Over the years, the Lorenzo family has relied on Chilton Medical Center for many health issues, from broken bones to asthma attacks.

“We’re equally close to two hospitals, but choose Chilton because they not only provide excellent care, but also an extra level of compassion,” asserts Dominic’s father, Matthew.

The emergency at hand was no exception, prompting the family’s first visit to Chilton’s Children’s Center. As the only one of its kind in Northern New Jersey, the facility unites all pediatric services in a family-friendly space, featuring a dedicated entrance, private emergency treatment rooms, inpatient suites and a team of highly-skilled doctors and nurses prepared for any type of childhood injury and illness.

Within minutes of arrival, Dominic was evaluated by an emergency medicine physician, who recruited the expertise of Daniel Seigerman, MD, an orthopedic surgeon specializing in hand and upper extremity surgery.

“Dr. Seigerman immediately gained our confidence,” recalls Matthew. “He explained the situation and acted quickly to save Dom’s finger.”

Surgery on the Spot

With that in mind, Dr. Seigerman elected to operate in the Children’s Center, which is staffed and equipped for many procedures that do not require general anesthesia. He numbed Dominic’s hand with a local anesthetic before cleaning the wound and reconstructing his finger.

“Chilton allows us to deliver pediatric care in one setting, from start to finish, which provides a better experience for our patients,” states Dr. Seigerman. 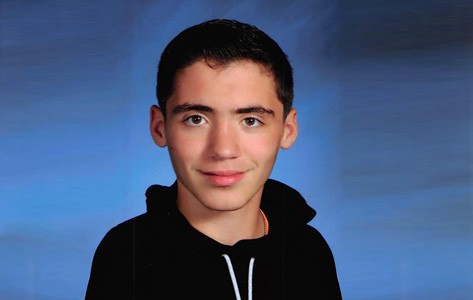 Hours after surgery, Dominic was on his way home and headed toward a complete recovery.

“My wife and I are grateful that our son received the best possible care and won’t have to live with an impairment,” says Matthew. Dominic, himself, was also notably impressed.

“Everyone was kind, reassuring, and supportive,” he says. “I felt safe and in good hands.”

Now, the energetic teen is back in the weight room, drumming and competing on the high school track team. He even rocked his mid-terms!

“I wish the injury didn’t happen,” adds Dominic. “But since it did, I’m glad I went to Chilton.”

Please fill out all fields on our form to submit your request. This form is for North American residents only.