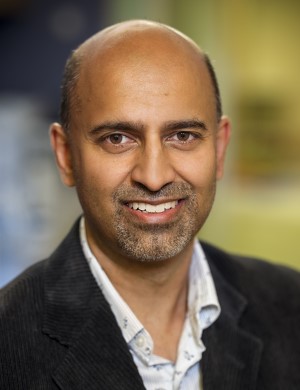 “The decline in prostate cancer screenings due to concerns of overdiagnosis and overtreatment is having a serious consequence: The number of men diagnosed with metastatic prostate cancer has doubled in just five years,” says Naeem Rahman, MD, medical director, Urology at Summit/Bridgewater, who is a board-certified urologist by the American Board of Urology and member of the American Urological Association and the Society of Robotic Surgery.

There is some validity to the concerns of overscreening. The widespread use of the prostate-specific antigen (PSA) blood test has resulted in some patients enduring unnecessary invasive biopsies and potentially unnecessary treatments. However, since its inception in the early 1980s, PSA testing has resulted in a dramatic decline in metastatic disease and declining death rates.

The Second Leading Cause of Men’s Cancer Deaths

Despite this, there is a narrative regarding overdiagnosis and overtreatment for a perceived indolent (slow-growing) cancer among the public and many physicians. A large segment of family practice doctors do not believe in the benefits of screening for prostate cancer. This discounts that nearly 250,000 men are diagnosed every year with prostate cancer, and nearly 35,000 will die in 2021 from their disease, making it the second leading cause of men’s cancer deaths.

“We’re now able to be more nuanced about who really needs a biopsy, often monitoring borderline PSA elevations, seeking newer, more sensitive blood tests when possible, and obtaining MRIs to help guide decision making. Once cancer is diagnosed, we have better tools such as genetic testing and advanced nomograms to see which patients may avoid treatment,” Dr. Rahman explains.

“Our ability to treat prostate cancer that’s caught early has gotten better with improved surgical techniques, including robotic surgery, and stereotactic precise radiation therapy known as CyberKnife®, which has reduced the risk of urinary, sexual and gastrointestinal side effects,” Dr. Rahman says.

While the five-year survival rate of localized prostate cancer is nearly 100%, this plummets to 30% when it spreads to other parts of the body.

The risk of prostate cancer is highest in men in their 60s, with black men having highest rates of developing and dying from prostate cancer. Men with a close male family relative with prostate cancer or female relative with breast or ovarian cancer should consider earlier screening. “Over the past three decades, the number of men age 49 and younger developing prostate cancer has increased, and they have a lower survival rate. I opted to check my PSA in my mid-40s, as did many urologists I know,” says Dr. Rahman.

According to statistics from the federal Surveillance, Epidemiology, and End Results (SEER) Program, the rate of metastatic prostate cancer diagnoses increased 48% between 2014 and 2018. The Centers for Disease Control and Prevention reported that distant cases of prostate cancer increased from 4% in 2003 to 8% in 2017.

“As a urologist on the front line against prostate cancer, I believe a continued emphasis on screening is necessary to help reduce the development of advanced disease, and ultimately save lives in the process.”