The summer sun poses risks if you have melanoma or an above average risk for skin cancer. Before heading to the beach or pool, learn more from Eric Whitman, MD, FACS, medical director of Atlantic Health System Cancer Care, who answers the questions most frequently asked by patients about melanoma.

How can I have melanoma? I’m careful in the sun.

Unfortunately, people can get melanoma even in areas that aren’t exposed to the sun. Also, many physicians believe melanoma has a latency period of 30 to 40 years. So, harmful sun exposure from previous decades can have considerable influence in the development of the disease. This is especially the case in coastal states, such as New Jersey, where plenty of people may have gone to the beach without sunscreen as teenagers or young adults hoping to get the perfect tan. Melanoma, therefore, is caused by a combination of genetics and harmful, skin-damaging activities from the past.

Now that I’ve been treated for melanoma, can I ever go into the sun again?

We don’t tell people to never go out into the sun again, but we do tell them to avoid extremes. It’s risky for those who have had melanoma to attempt to get the perfect tan and almost burn themselves. This not only increases the chance of the original melanoma coming back, but also may cause new cases to occur. At the same time, people need some sun exposure to get Vitamin D, which is crucial to maintaining normal health. The important thing is to be prudent and find the right balance between too much sun and too little of it.

Why is Stage 2 melanoma treated differently than other Stage 2 cancers, such as breast cancer?

Stage two breast cancer is often treated with chemotherapy, surgery and radiation. Melanoma isn’t treated the same way for several reasons. First, up until recently, no effective systemic treatment – pills or intravenous fluids that treat the entire body – existed for melanoma. Secondly, melanoma, unlike other cancers, grows and spreads gradually from the primary site to the next, eventually reaching the lymph nodes and the rest of the body. This presents an opportunity to successfully treat the disease with surgery instead of more traditional types of cancer therapies. Lastly, radiation, with some rare exceptions, isn’t as effective in treating melanoma as it is in other cancers, such as prostate cancer or breast cancer. All in all, melanoma is a unique cancer that must be treated in a unique manner.

What is the next great advance coming in the care of advanced melanoma?

Many clinical trials are ongoing, examining the effectiveness of treating Stage 2 melanoma with drugs typically used to treat it in its Stage 3 and 4 forms. This research, however, will likely take several more years to mature before we can measure its success. Another advancement are biomarker tests, which monitor whether melanoma will come back and how effective potential treatments will be against it. We’re also looking at ways to combine additional therapies with existing ones to achieve more positive outcomes. 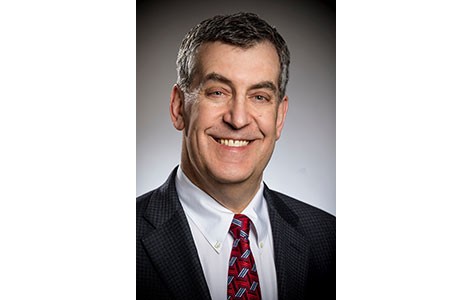 Dr. Whitman is the founding director of the Atlantic Melanoma Center, which each year, treats more than 400 newly-diagnosed patients with malignant melanoma or other advanced skin cancers. He has extensive experience treating metastatic melanoma and is internationally known for his melanoma clinical and research work.