Get Updates About Our Events
2021 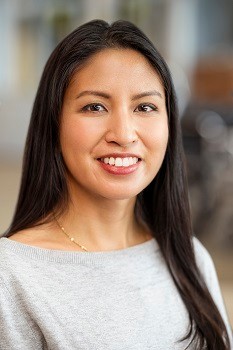 Long considered a disease of the old, strokes are increasingly affecting younger adults. Americans ages 18 to 55 now account for 10-15% of all stroke patients. Considering nearly 800,000 people a year in the U.S. have a stroke, that’s an average of 100,000 adults under age 55.

Better diagnostics explain some of that increase, as does more public awareness about the telltale signs of stroke. One worrisome development, however, is that health problems that increase stroke risk — obesity, high blood pressure, diabetes, and high cholesterol — are becoming more prevalent among younger adults.

As with older adults, getting immediate treatment can make the difference between a complete or strong recovery and the risk of lifelong disabilities, or death. Tremendous advances have been made in stroke treatment, but they are time-sensitive, meaning the stroke must be quickly identified and the patient treated immediately at a comprehensive stroke center.

Most strokes are ischemic, caused by a blockage in a vessel that supplies blood to the brain. Patients may receive the clot buster tPA, which can reverse or improve symptoms, or have the clot endovascularly removed. The other type is a hemorrhagic stroke, in which a blood vessel in or near the brain ruptures or leaks. Patients are administered medications to reduce blood pressure and slow bleeding.

BE FAST to Spot a Stroke

I cannot emphasize enough how crucial it is to call 911 immediately if you suspect stroke. Learn the meaning behind the acronym BE FAST:

B for trouble with balance

E for eyes and vision problems

A for arm (or leg) weakness

T for time to call 911, if any of the above symptoms occur

Other symptoms include a severe headache with no known cause, numbness in the face, arm or leg, or sudden confusion.

While younger stroke victims have lower mortality rates, they can suffer profound deficits. That can mean loss of productivity and diminished physical and mental well-being. Depression and memory loss are considered ‘downstream complications’ of stroke.

As with many health issues, prevention is the best medicine:

If you show symptoms of stroke, call 911. Don’t risk your quality of life.

Get updates on the latest health and wellness articles, events and services offered by Atlantic Health System.