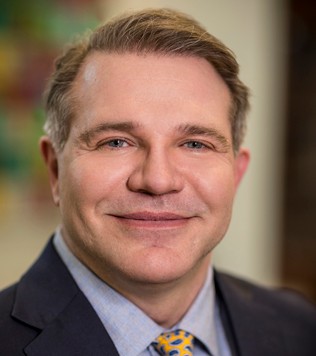 As a young boy growing up in Paterson, N.J., James C. Wittig always knew he wanted to be a doctor. “I was one of those kids who insisted on having a black toy doctor bag with the plastic stethoscope and fake needle,” he says.

Yet while he remained steadfast in his choice of career, he never imagined the places that being a doctor would take him. He was a first responder at Ground Zero after 9/11. He established New York City’s first orthopedic oncology clinic at Bellevue Hospital for underserved patients. And he’s made a lasting impact on countless lives as one of just a handful of full-time orthopedic oncologists highly skilled and specialized in limb-saving procedures that successfully treat bone cancers.

Today, as chair of the Department of Orthopedic Surgery at Morristown Medical Center and medical director of Orthopedic Surgery, Orthopedic Oncology and Sarcoma Surgery at Atlantic Health System, James C. Wittig, MD, oversees more than 100 very accomplished surgeons. Recently, he took time out of his busy schedule to reflect on his 20 years of practice and shared some remarkable stories.

“I could see the smoke from my window.”

In 2001, after completing a two-year fellowship in orthopedic oncology at Washington Hospital Center and the National Institutes of Health, Dr. Wittig opened his first practice. Just a few weeks later, on September 11, he was preparing a lecture for residents, when the phone rang. It was his mother.

“She said, ‘Are you OK?’” Dr. Wittig remembers. “I said, ‘What do you mean?’ She said, ‘The World Trade Center was just hit by a plane.’ I walked to the window of my apartment, and I could see the smoke from the towers coming toward me.”

Mere seconds later, Dr. Wittig received the call to come to Bellevue Hospital, where he was practicing at the time. “We waited all day for patients to come in, but only a few were hurt and needed care,” he says, noting that, sadly, most of the people in the collapse suffered fatal injuries.

That night, he reported to Ground Zero. “They needed a surgeon with the ability to do an amputation on-site if it was needed to free someone from the debris,” he says. “Unfortunately, they didn’t find any survivors.”

As he walked amid the ash and debris around Ground Zero that night, he saw an open book at his feet. He picked it up. “It happened to be an encyclopedia, and it was turned to the page orthopedic,” he says. Today, that encyclopedia—along with the scrubs and sneakers he wore that day—remain in a sealed bag in his closet. “I haven’t opened them since 9/11,” he says.

Dr. Wittig saw both the devastating sorrow and the powerful strength of New Yorkers on full display during the next couple of years. “Every day, I’d walk past shrines honoring loved ones who were lost; you can’t describe the sadness,” he says. “And yet I also saw the resilience of people who overcame such an unimaginable and heartbreaking tragedy.”

In the decades after 9/11, Dr. Wittig steadily built his practice and reputation as one of the nation’s top orthopedic oncologists. In 2012, he wrote the only textbook detailing surgical procedures in orthopedic oncology. Six years later, he came to Atlantic Health System. Along the way, he’s been at the forefront of dramatic changes in pediatric bone cancer outcomes.

“Prior to 1970, about 90% of children diagnosed with osteosarcoma had to have an amputation,” he says. “But now, with a combination of chemotherapy and the latest surgical techniques, 95% of patients can have their leg saved.”

Dr. Wittig and his team perform more than 500 adult and pediatric orthopedic oncology surgeries each year, bringing hope and encouragement to children and families living with cancer.

In addition to providing limb-sparing surgeries, Morristown Medical Center is also one of the first hospitals in the U.S. to use a new device—an extendable non-invasive tumor prosthesis developed in Europe—that can fix a child’s limb-length discrepancies without surgery.

“When children have limb-sparing surgery at a young age, their legs may grow at different lengths,” he says. “That used to mean surgery. But now we can use a special magnet to lengthen a prosthesis safely in the office. It looks like a small MRI that rotates around a child’s leg.”

Dr. Wittig also extends his expertise to new generations of orthopedic oncology surgeons through a two-year orthopedic oncology fellowship he started at Morristown Medical Center. Fellows perform more than 900 orthopedic oncology and sarcoma surgeries—including neurovascular dissections, muscle flaps and other reconstructive procedures—and develop unique skills that make them among the most highly trained fellows in the nation.

“Today, he knows all about osteosarcomas.”

While Dr. Wittig’s career path has connected him with many memorable patients and families, few impacted him like two women he met during his fellowship in Washington, D.C. They were friends. One received limb-sparing surgery. The other needed to have a leg amputated.

They stayed in touch over the years. The woman who had her leg amputated got married and had two children. But she started experiencing pain. And when her youngest son was just 8 years old, she passed away.

A few years later, that son, Ronnie, needed a new home. His mom’s friend had brought both children in to live with her but could only care for one of them due to her medical condition. “She put a post on Facebook about the two children, and I reached out to her,” Dr. Wittig says.

In 2013, Dr. Wittig adopted Ronnie. Today, he’s studying at Seton Hall Prep and on track to go to college. “Living with me, he knows all about osteosarcomas now,” Dr. Wittig says with a laugh. “I couldn’t be prouder of him.”