For singer Megan C., the moment that mattered was to one day perform at the Metropolitan Opera at Lincoln Center Plaza in New York City – a moment that nearly disappeared if not for Atlantic Health System Cancer Care. Thanks to our head and neck cancer experts, she’s still pursuing her dream and has become inspired to help others achieve their own musical ambitions along the way.

He story begins in 2010, when on her way to a dress rehearsal for an Off-Broadway show, she was struck by an airport van. During the recovery process, her doctors noticed a suspicious shadow and were concerned that it was cancer.

“It was even scarier for me because cancer has greatly affected my family,” Candio confides. “Two months before the accident, my uncle died from cancer. My aunt died from cancer two months after my uncle, and my grandmother was diagnosed with cancer just before Thanksgiving.”

Megan knew this diagnosis could greatly affect her singing career, but with the support of her fiancé and family, she was determined to fight for her dreams. The only concern left to address was where she would go for treatment.

“As a professional singer, keeping my voice in tact was critical to me,” Candio expresses. “I looked for surgeons who had a great deal of experience treating thyroid cancer, especially those who may have operated on singers."

Megan’s search led her to Eric Whitman, MD, medical director of oncology at Atlantic Health System, who has over 20 years of experience and specializes in endocrine surgery. She met with him in the fall of 2013 and he later performed successful surgery to remove her thyroid cancer shortly before Christmas of that year.

Due to her incredible care at Atlantic Health System, Megan is living life to the fullest and pursuing new goals. She started running when she learned she had cancer as an outlet for stress and is now training for her first marathon at Walt Disney World in 2018.

She has also become passionate about creating opportunities for other singers.

“Before being diagnosed with cancer, different things mattered to me,” Candio begins, “Performing was a way to express myself. Now I view it as a way to give back.”

She began graduate school at Columbia University in 2015 and is now working towards her master’s degree in nonprofit management. After she graduates, she plans to work in development for a nonprofit performing arts company.

“I want to provide artists with the chance to share their gifts with the world. We live in a world that desperately needs to be moved by music, and I want to move the world any way I can.” 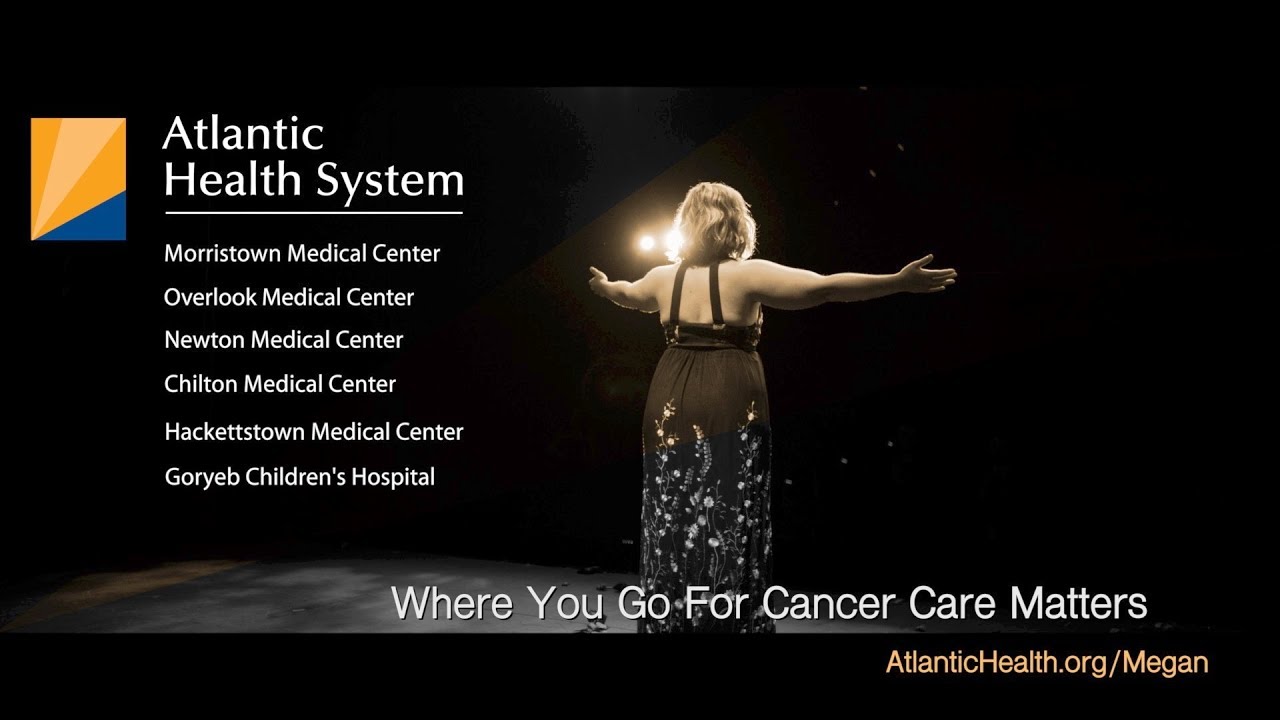