From a Mystery Illness to a Life-Changing Diagnosis 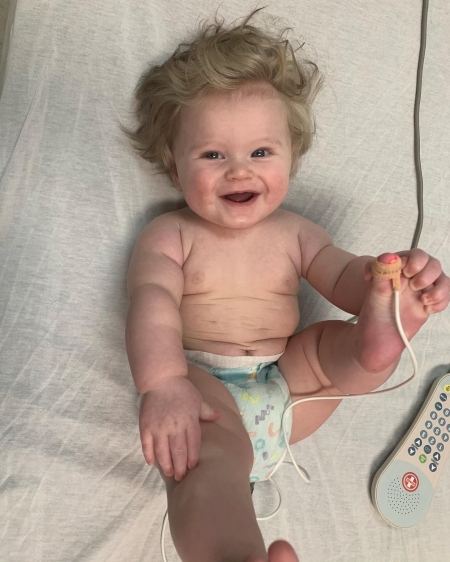 Today, Bryce O’s most obvious features are his big, bright smile and full head of hair. “And he’s become a flirt,” says mom Paige, of Hamburg, New Jersey. But for the first two months of his life – before an emergency visit to Goryeb Children’s Hospital revealed a life-threatening condition – things were different.

“During that time, he was either sleeping or crabby,” she says. “There was no in-between.” Paige and her husband, Chris, suspected something was wrong.

But even after several trips to the pediatrician, they still had no answer.

One night, Bryce’s fever reached 103°. He was arching his back in pain, so his parents took him to Goryeb’s emergency room.

The staff soon discovered an infection. “But it became clear once we had an X-ray,” says Jennifer Murphy, MD, a specialist in pediatric surgery for Atlantic Medical Group, “that Bryce had a bigger issue. His colon was severely enlarged.”

She and other pediatric specialists at Goryeb suspected an inherited, life-threatening condition called Hirschsprung’s disease.

Hirschsprung’s disease is a condition that causes the intestines to fail to push waste from the body. Symptoms include swelling of the belly, unexplained fever, and vomiting.

While Bryce had all these symptoms, Dr. Murphy explains that they can also be signs of a number of other medical conditions.

“Hirschsprung’s disease is a rare condition, affecting only one in 5,000 newborns,” Dr. Murphy adds. “It’s usually diagnosed in the first few days after birth. But Bryce was 2 months old, which made diagnosis more difficult.”

A biopsy of the intestine confirmed the disease. Over many days, the team at Goryeb worked to treat Bryce’s infection and get him ready for surgery.

For Bryce’s surgery, Dr. Murphy and her team removed the diseased part of his intestine using laparoscopy, which requires specialized training in the use of tiny tools and very small cuts. The team sees inside the body using a tiny camera that projects images on a large video monitor in the operating room.

“This technique gives us a much better view inside the body compared to other options, and the smaller instruments give us excellent precision,” Dr. Murphy says. 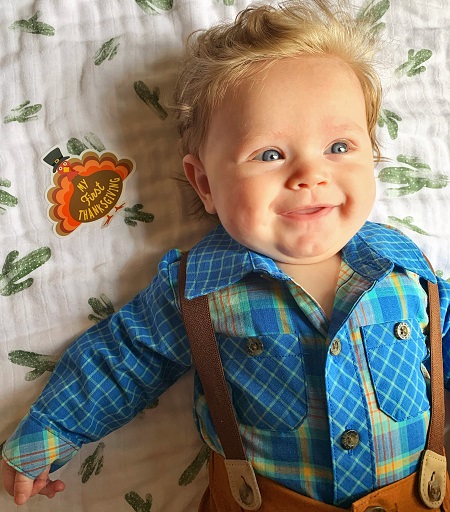 Getting back to normal

His surgery a success, Bryce is now back at home, gaining weight and doing fine. He’ll need special treatments at home for a few years. But over time, like most babies with his condition, he’s expected to lead a normal life.

“I don’t have the words for what they did for Bryce,” mom Paige says. “And I’d follow Dr. Murphy anywhere for what she’s done for him.”

Bryce also now has an unusual fan following. Besides his parents and sister Georgia, age 3, staff at Goryeb know him well.

“The last time he went there for care, four nurses were standing behind the swinging doors, waiting for us with smiles and with open arms,” Paige says. “They’re like family.”