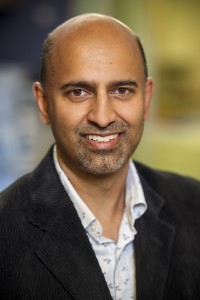 Diagnoses of metastatic prostate cancer doubled between 2014 and 2018, following a decline in prostate screenings in the United States.

Atlantic Health System is among the first in the country to offer a new weapon against advanced prostate cancer. Pylarify® is a drug for positron emission tomography (PET) imaging scan that identifies prostate-specific membrane antigen (PSMA) molecules on the outside of prostate cancer cells anywhere in the body.

“Often, we are not sure how extensive the disease is, because regular PET or MRI scans are not sensitive enough to find the small number of prostate cancer cells that have spread,” says Naeem Rahman, MD, medical director, Atlantic Medical Group Urology at Summit and Bridgewater, who is a board-certified urologist by the American Board of Urology and a member of the American Urological Association.

“With this test, we can see the cancer wherever it is.” 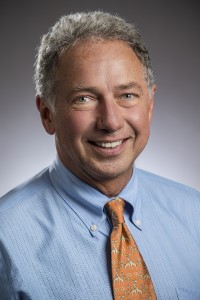 Diagnostic and Treatment in One

Pylarify can be used as a treatment as well — carrying radioactive particles “that can latch onto PSMA molecules” and kill cancer cells, Dr. Rahman says. “If you have a patient with advanced prostate cancer and Pylarify picks up activity, you know the cancer overexpresses PSMA and you can target it.” Between 80 percent and 90 percent of advanced prostate cancers overexpress PSMA.

“There has been an explosion of new therapies for prostate cancer over the last few years, and Atlantic Health System is leading the charge,” says David Taylor, MD, director of the Advanced Prostate Cancer Program at Morristown Medical Center, who is board-certified by the American Board of Urology and a member of the American Urologic Association, as well as a fellow of the American College of Surgeons.

“Pylarify was first approved by the FDA in August 2021, and we were operational December 1.” Since then, more than 85 patients have been treated.

A Faster Way to Identify Cancer

Pylarify can also help doctors select the best treatment if cancer returns. One of Dr. Taylor's patients required surgery, radiation and hormonal therapy in 2004 for an aggressive prostate cancer. His PSA recently began to rise, with no evidence of tumor activity with conventional imaging, Dr. Taylor says.

“In December, I did a Pylarify scan that showed uptake in the lymph node and vertebral body. It allowed me to offer the patient additional treatment, including immunotherapy and bone targeted therapy in addition to standard therapy. That might have taken us up to a year to figure out without this test, and these treatments are much more effective when given early.”

Naeem Rahman, MD, and David Taylor, MD, are part of Atlantic Medical Group, a multispecialty network of health care clinicians. Dr. Rahman can be reached at 908-522-5045. Dr. Taylor and Garden State Urology can be reached at 973-539-0333.

There has been an explosion of new therapies for prostate cancer over the last few years, and Atlantic Health System is leading the charge.”