At 53-years-old, Shannon D. was rushed to Hackettstown Medical Center's Emergency Department. She suffered from shortness of breath, a persistent cough, and rapid heart rate.

Because these are symptoms of a cardiac event, cardiologist Sapan Talati, MD, was called in. “An initial EKG showed that she had a cardiac arrhythmia, which is when the heart is beating too fast,” says Dr. Talati. “Her heart was continuously beating as if she had just run a marathon.”

When this failed to reduce her heart rate, they attempted a procedure called cardioversion, which uses electrodes placed on the chest to send electric shocks to the heart. The hope is to control the heart rate – in Shannon’s case, to slow it down.

At the same time, Dr. Talati was concerned with some abnormalities in Shannon’s lab work. He conferred with Morristown Medical Center endocrinologist Ronak Patel, MD.

Dr. Patel quickly confirmed that Shannon suffered from severe hyperthyroidism – the overproduction of thyroid hormones. Testing proved that Shannon’s thyroid – normally a small, butterfly shaped gland at the front of the neck – was enlarged. 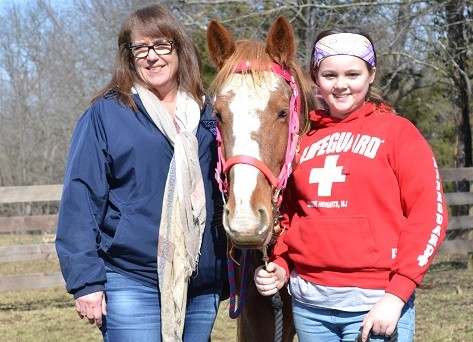 The hormones produced by the thyroid control the speed of a person’s metabolism. In Shannon’s case, her hyperthyroidism led to her rapid heart rate, among other symptoms.

With the cause of her symptoms understood, Shannon was treated with methimazole, which resolved her hyperthyroidism. Her arrhythmia was also then brought under control.

When Shannon’s thyroid remained enlarged, however, she was referred to Dr. Tom Thomas, director of the Head and Neck Reconstructive Surgery and Transoral Robotic Surgery (TORS) at the Leonard B. Kahn Head and Neck Cancer Institute at Morristown Medical Center.

Of Shannon’s case, Dr. Thomas says, “Her thyroid was so enlarged, especially on the right side, that it was going into her upper chest.” It was determined that surgery was Shannon’s best course.

As with all surgeries, thyroid surgery bears risks. “The trick about thyroid surgery is preserving the nerves to the vocal cords,” Dr. Thomas explains. “The other issue is to preserve the parathyroid glands, which control the body’s calcium levels.”

After successful removal of her thyroid, Shannon’s hormone levels finally normalized. She will, however, need to be on thyroid medication for the rest of her life.

I haven’t felt this good in five years, if not longer. I’ve thanked them all profusely. Every one of them has had an effect on my life.

Shannon says she wasn’t sleeping or eating well, and was tired during the day – all symptoms of hyperthyroidism. “I didn’t realize how sick I was until I had the thyroid taken out,” says Shannon. “I haven’t felt this good in five years, if not longer.” Shannon says she is grateful for the team of doctors whom she credits for saving her life. “I’ve thanked them all profusely. Every one of them has had an effect on my life.”

“This,” says Dr. Patel, “is a unique story because you’re seeing the spectrum of hyperthyroidism from the perspective of a cardiologist, an  endocrinologist, and a surgeon. The beauty of this case is we all worked as a team in a timely fashion. The doctors of Atlantic Health System were on their A game to take care of the patient.”

Atlantic Health System provides care for endocrine disorders, which occur when the glands in the body either make too much or don’t make enough hormones.

Our hospitals are staffed by fellowship-trained, board-certified surgeons, anesthesiology specialists,nurses, care managers and other health care professionals who are dedicated to providing the most progressive surgical methods using the latest technology.