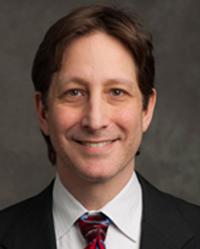 Survival for people who had brain metastases associated with lung cancer used to be about two to three months. Now, with advancements in immunotherapy and personalized medications that target specific gene mutations, many people are alive and well three or four years later. Oncologist Neil Morganstein, MD, explains.

What are the latest advancements in the treatment of lung cancer?

In the last three to five years, treatment for lung cancer has undergone the greatest evolution of any cancer that we have seen. This has taken shape through two different pathways: the utilization of immunotherapies (therapies that use your own immune system to fight cancer) starting three to four years ago, and the ongoing utilization of targeted or personalized medications that allow a small, but significant, portion of people to get a very specific medication for their individual cancer. Advancements in these two areas have essentially changed everything.

How do genetic mutations factor into lung cancer treatment?

Since the EGFR (epidermal growth factor receptor) mutation in lung cancer was first discovered about 15 years ago, we have been learning about and targeting many more driver mutations, which are the specific genes that went awry and are replicating again and again. We have also been focused on making medications that target these mutations better tolerated and better at penetrating the blood-brain barrier as lung cancer often spreads to the brain.

If we find a driver mutation in a patient’s metastatic disease, we target that specific mutation first. Often, there are multiple targeted agents for a specific mutation. These types of targeted therapies have rapidly moved up to the front line of treatment, with chemotherapy now generally being reserved for later lines of therapy.

How has the paradigm for treating brain metastases from lung cancer shifted in recent years?

The paradigm has dramatically shifted for the treatment of brain metastases from lung cancer. When I started my practice, most people who had brain metastases associated with lung cancer had whole-brain radiation therapy. Today, it is an exceedingly uncommon person who gets whole-brain radiation therapy. That’s due to significant progress in the ability to take out brain tumors safely with surgery, stereotactic radiation therapy – which allows us to target numerous lesions – and, even more importantly, medications targeted to specific driver mutations that can penetrate into the brain and have a high likelihood of success.

How are immunotherapies and targeted therapies changing the outlook for people who have brain metastases associated with lung cancer?

If you told me 20 years ago you could cure people with potentially Stage IV lung cancer, I would have said you are out of your mind. Today, Stage IV lung cancer is a curable cancer largely due to immunotherapies and targeted therapies. While that only holds true for a minority of people right now, the fact that we can say that is truly mind-boggling.