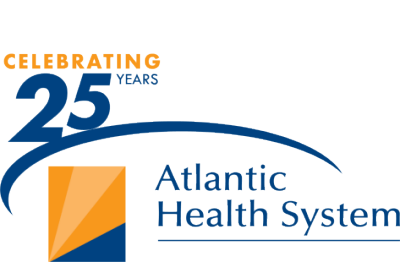 May 01, 2021, Morristown, NJ – 25 years after establishing one of the first integrated health care systems in New Jersey, Atlantic Health System has become a nationally recognized leader in the delivery of high-quality, innovative health care.

Founded in 1996 through the merger of Morristown Memorial Hospital, Overlook Hospital, Mountainside Hospital, and soon after, the General Hospital Center at Passaic, Atlantic Health System was created to deliver better health care for northern and central New Jersey through quality, affordability and accessibility.

“For 25 years, Atlantic Health System has always been there for the communities we serve, but the roots of who we are run far deeper,” said Brian Gragnolati, President and CEO, Atlantic Health System. “For generations, our medical centers and physicians have cared for New Jersey families and neighborhoods, delivering on our promise that all who enter our system receive the highest quality care, at the right time, at the right place and for the right cost.”

While Atlantic Health System has changed and certainly grown over the last quarter-century, the system remains committed to its mission of building healthier communities. Powered by 17,000 team members and 4,800 physicians, the system touches one million unique lives annually across more than 400 sites of care, including seven hospitals, 300 physician practices,16 urgent care centers, home care and hospice services, mobile health, telehealth, and collaborative partnerships in education, research and community health.

Delivering care within the neighborhoods it serves is Atlantic Medical Group. Comprised of 1,000 physicians and advanced practice providers, Atlantic Medical Group represents one of the largest multi-specialty practices in New Jersey and joins Atlantic Accountable Care Organization and Optimus Healthcare Partners as part of Atlantic Alliance, a Clinically Integrated Network of more than 2,500 health care providers throughout northern and central NJ.

Driven by a commitment to delivering the highest quality care, Atlantic Health System has consistently earned national recognition for its clinical excellence and workplace culture. Among the accolades earned during its 25 years of service: 13 consecutive years on Fortune Magazine’s 100 Best Companies to Work For list, clinical awards from U.S. News and World Report (naming Morristown Medical Center the number one hospital in New Jersey for three years in a row), Newsweek, Leapfrog and Healthgrades. Atlantic also boasts three Magnet-recognized nursing programs at Morristown, Overlook and Chilton medical centers.

For Atlantic Health System, this anniversary is not only a recognition of the past 25 years, but a launching point into a future of growth, expansion, and delivery of extraordinary care for the community. Saturday, May 1, is Atlantic Health System’s official anniversary date, but this recognition kicks-off a year-long 25th-anniversary celebration. Many key health care observances occur each May, and this year Hospital Week, Nurses Week and EMS Week will be recognized all month long with events planned system-wide, and renamed “Health Care Heroes Month” in honor of Atlantic Health’s achievements and milestone anniversary.

Following the Health Care Heroes Month celebrations, the momentum will continue throughout the year with planned activities and events for Atlantic’s team members, physicians, donors and the community.

Atlantic Health System provides care for the full continuum of health care needs through 16 urgent care centers, Atlantic Visiting Nurse and Atlantic Anywhere’s Virtual Visits. Facilitating the connection between these services on both land and air is the transportation fleet of Atlantic Mobile Health.