For Sam S., a sudden seizure leads to a frightening discovery - a tumor and an arteriovenous malformation (AVM) – had developed in his brain.

It’s every parent’s worst nightmare – a phone call saying that his or her child is in the emergency department. That was the call Erik and Suzan S. received at 2:30am on July 3, 2015. As they raced to the hospital, all they knew was that their son, Sam, had suffered a seizure.

“We were scheduled to vacation with Sam and his brothers for the 4th of July,” says Erik. “lnstead, we learned that Sam had a brain tumor and needed to be transported to Overlook Medical Center for further evaluation and treatment.”

At Overlook, they met neurosurgeon Yaron Moshel, MD, PhD, co-director of the Gerald J. Glasser Brain Tumor Center. He explained that MRI scans revealed Sam had a brain tumor and an arteriovenous malformation (AVM) – an abnormal tangle of veins and arteries that interferes with blood circulation –and both needed to be removed. Dr. Moshel gave Sam the choice to be awake or under general anesthesia. But, he said, by remaining awake, he could monitor Sam’s speech and movement during surgery.“

l had complete trust in Dr. Moshel,” says Sam. “He spoke to me just like a parent would. I was fine with being awake, if he thought that was best.” 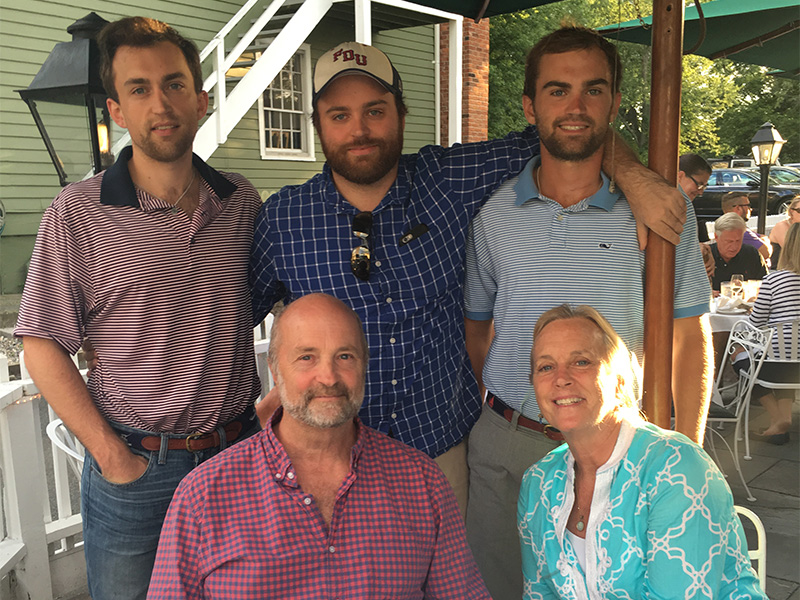 During the six-hour surgery, Dr. Moshel removed the tumor, while neurosurgeon Kyle Chapple, MD, removed the AVM. Following the procedure, Dr. Moshel phoned to say Sam’s tumor was benign. Two days later, however, a follow-up scan showed additional bleeding, and Dr. Moshel called Erik at 9:30pm. After speaking, the decision was made to perform an emergency surgery.

l had complete trust in Dr. Moshel. He spoke to me like a parent would. I was fine with being awake, if he thought that was best.

“This was where the doctor-family relationship that Dr. Moshel had established with us in such a brief period became the guiding light in determining our next course of action. He had instilled a sense of trust that gave us confidence in agreeing to a second surgery,” says Suzan.

Dr. Moshel performed surgery that night. Afterward, he phoned once more to report that he had stopped the bleeding, which was coming from Sam’s jaw muscle. Just weeks after his month-long stay at Overlook and a brief stint in rehab, Sam returned to Fairleigh Dickinson University. He graduated with honors in 2016.

With confidence and compassion, we help patients and their loved ones navigate the journey from comprehensive diagnosis to personalized treatment.