Jay Z. doesn’t remember many of the details of his fateful drive to Newton Medical Center, but he’ll never forget the team there that saved his life. The day began as it often did with the 55-year-old father of five wrapping up his workout. On his way home, however, he noticed that his body didn’t feel quite right.

“I don’t recall all the details,” says Jay. “But I knew about Newton, and I vaguely remember driving myself there.” 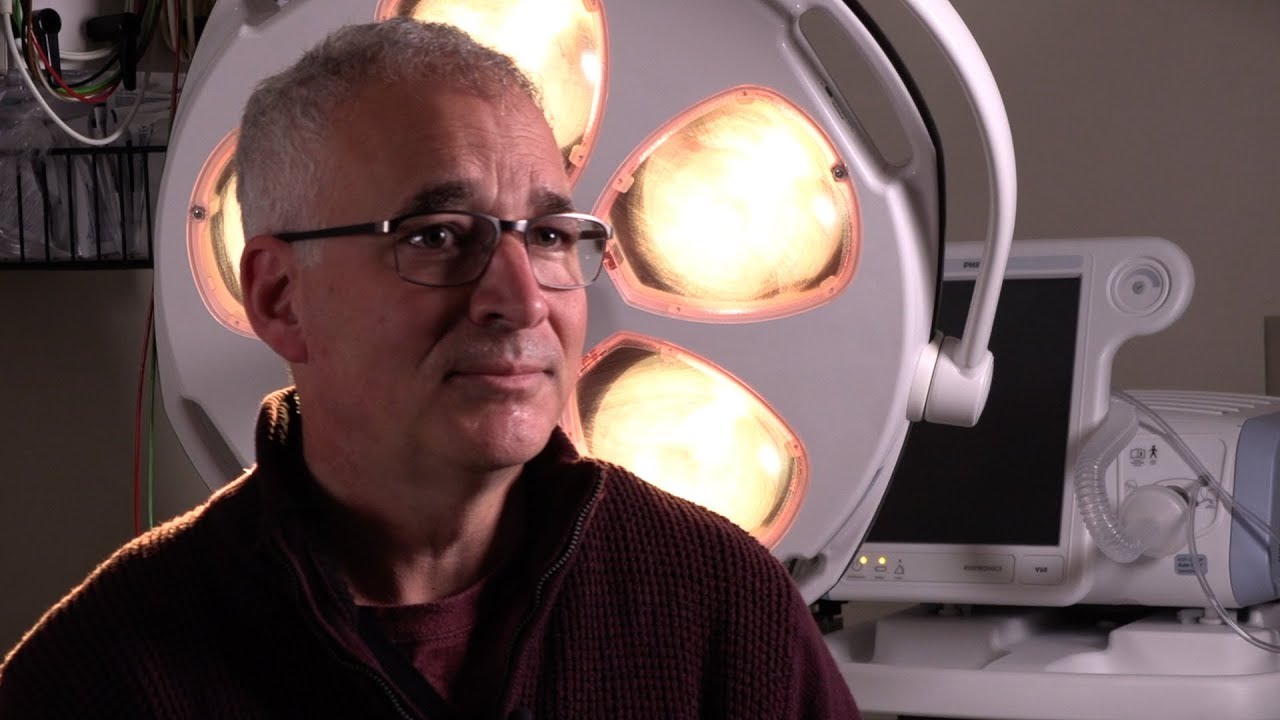 Andrenise Sainte-Joseph, a patient care technician who was working on the second floor of Newton Medical Center at the time, spotted Jay through a window collapsed in the parking lot. She used the emergency paging system to alert a team of first responders, which included Kyle Wilson, assistant nurse manager of the Emergency Department.

“I arrived to find Jay laying on his side against the curb and immediately began chest compressions,” says Wilson.

Once inside, physicians and nurses worked quickly to stabilize Jay. Lab work and other diagnostic tests revealed that he had suffered a massive heart attack. He also had a 100 percent blockage in the largest and most important artery of the heart, which was limiting blood flow to his brain. Highly-specialized care was needed and time was of the essence. The team at Newton alerted Morristown Medical Center and arranged for a helicopter transport to the hospital’s Level I Regional Trauma Center.

Since all Atlantic Health System hospitals are on the Epic electronic health record system, John Cosmi, MD, an interventional cardiologist at Morristown, was able to review Jay’s electrocardiogram (EKG) results electronically from his computer and prepared for his arrival.

“Because of that, even before he arrived, we were ready for him,” Dr. Cosmi says. “That information gave us more confidence that he got treatment in time and that we would have a good outcome here. If anyone had missed a sign or signal, he wouldn’t have made it. They were an amazing team. It’s an amazing story.”

Dr. Cosmi and his team performed a cardiac catheterization to open blood flow to Jay’s heart and brain, but because brain tissue starts dying in less than four minutes after cardiac arrest, they were concerned about possible long-term damage. Research shows that reducing the body temperature, or hypothermia, can protect the brain in situations like this.

“We didn’t want to waste any time,” Dr. Cosmi says. “So even while I was performing the catheterization, nursing staff started hypothermic protocols. It’s a very complicated procedure, with a checklist of 50 steps, but everyone knew what to do.”

Looking back on the vast number of people who worked together so well that day, Jay says his choice to go to Newton is why he’s alive today.

“If I’d not gone there, the results would not have been the same. I couldn’t have known what was lurking inside my heart, but I knew enough to trust the people at Newton.”