When a potentially fatal heart attack struck in the middle of a winter’s night, it took a team of medical experts working in tandem across many miles to save the life of Bill S.

“Bill had one of the most dangerous types of heart attacks, and it required specially-trained EMTs and special equipment to keep him alive until he got to the hospital,” says David James, MD, a cardiologist on staff at both Morristown Medical Center and Newton Medical Center. “Time was critical.”

The first of many to save Bill’s life were the emergency medical technicians (EMT) during the ambulance ride to Newton Medical Center’s Emergency Department. Twice they delivered heart muscle-saving shocks to bring his heart back into rhythm.

“I don’t remember all the details,” says Bill, 65, a jovial and active semi-retiree who lives in Wantage, NJ. “But I know there were many, many people around me and they knew what they were doing.”

Once at Newton Medical Center, staff administered another life-saving treatment – the clot-busting drug known as tPA – which partially opened Bill’s blocked arteries. They then readied him for transfer to Morristown Medical Center, where a team specializing in this type of heart attack, called a STEMI (ST-elevation myocardial infarction), was prepared and awaiting his arrival.

“Our STEMI team is here for patients like Bill 24/7,” Dr. James says. “Although his heart muscle was no longer dying, he still had a dangerous 95 percent blockage in one artery that we had to clear.”

Using a catheter and stents, James and his team successfully corrected the blood flow.

Despite the dramatic urgency of that December night two years ago, Bill soon resumed his active lifestyle. In addition to hiking, biking and kayaking, he regularly contributes his graphic design and master gardener talents to area nonprofits, like Heaven Hill Farm in Vernon, NJ. 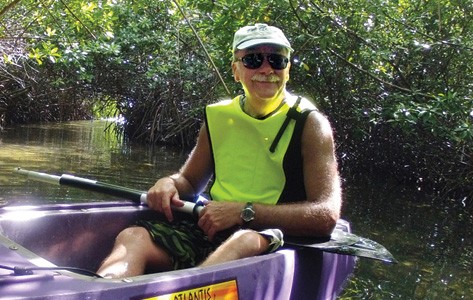 He’s also kicked some unhealthy habits in the interest of his heart, but his jovial side? That isn’t going anywhere.

“Thirty years of cigarette smoking ended that very night. And I might not shovel snow like I used to, but who wants to do that anyway?” he says.