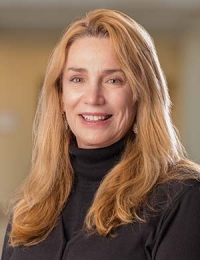 Prior to joining Atlantic Health System, Ms. Ferraro was a partner in the law firm of DeCotiis, Fitzpatrick, Gluck and Cole where she represented the firm’s national and multinational corporate clients in all legislative and regulatory issues before the New Jersey Legislature, the Department of State and the Governor’s office.

From 1994 to 1996, Ms. Ferraro served as Appointments Counsel to Governor Christine Todd Whitman, and she has also served as a Deputy Attorney General for the State of New Jersey representing the New Jersey Department of Human Services.

Ms. Ferraro currently sits on New Jersey Hospital Association’s Policy Development and Government Relations Committees and is a member of the New Jersey Business and Industry Association’s New Jersey Organization for a Better State (“NEW JOBS”) political action committee. She is a board member of the Public Affairs Council in Washington, D.C.

Ms. Ferraro received her Bachelor of Arts degree in Communications from the University of California, San Diego and her Juris Doctor degree from Rutgers School of Law in New Jersey.