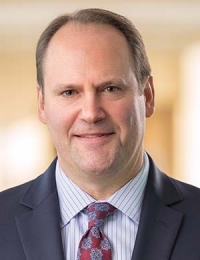 Robert Adams is the President of Hackettstown and Newton Medical Centers, where he is directly responsible for overseeing all operations within the region and ensuring the quality, safety, and financial integrity of the hospitals and their ambulatory operations.

Since his arrival to Atlantic Health System in 2019, Mr. Adams has become embedded within the communities that Hackettstown and Newton serve and brings his wealth of knowledge as a community hospital leader.