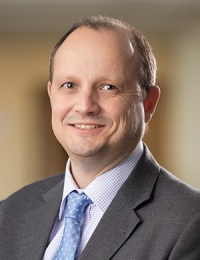 William Neate is the vice president of physician enterprise strategy and the market leader for Atlantic Health System’s southern region. In these roles, he is responsible for the growth and development of provider relationships and partnerships, and the advancement of Atlantic Health’s unique ambulatory physician network in Hunterdon, Somerset and Middlesex Counties.

Previously, Mr. Neate oversaw Atlantic Health’s cardiovascular service line, and its rise from a large community program to a Top 20 US News and World Report destination program, and the establishment of the flagship Gagnon Cardiovascular Institute. Most recently, he played a significant role in initiating Atlantic Health Partners, a new systemwide multi-specialty group, and assisted in the creation of the new joint venture relationship with Hunterdon Healthcare to expand Atlantic Health’s ability to deliver exceptional healthcare in its southern region.

A former New York City paramedic, and 9/11 World Trade Center survivor, Mr. Neate is driven by his desire to help deliver high quality, affordable and accessible healthcare to the communities of Northern New Jersey where he has been a resident for the last thirteen years, along with his wife and two daughters, who live on a small farm in Tewksbury.

Mr. Neate earned a Bachelor of Science degree from Swansea University, in Wales, an Master of Business Administration degree from the Zicklin School of Business, in New York, and his Master of Arts degree in Counseling Psychology from New York University.